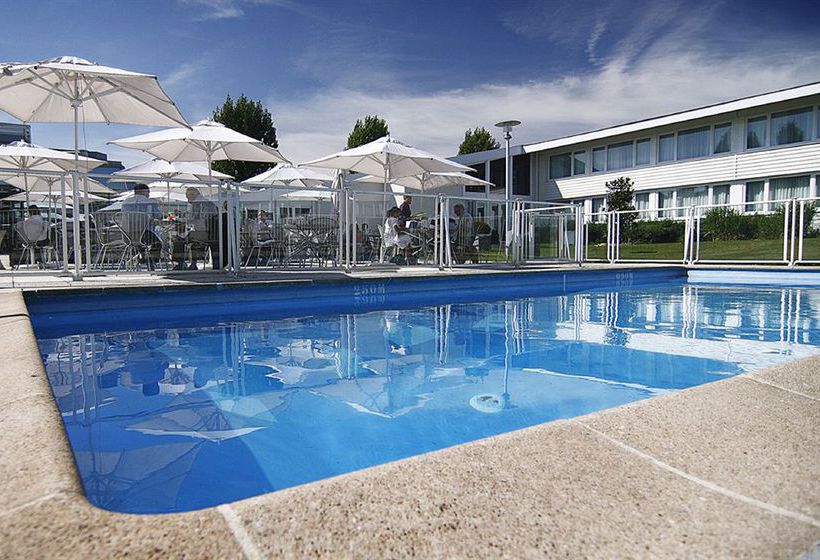 Located in Lesquin, Novotel Lille Aeroport is connected to the airport and close to Lille Metropole Public Golf and Central School of Lille. This 4-star hotel is within close proximity of Pierre Mauroy Stadium and Lille University of Science and Technology. Don’t miss out on recreational opportunities including an outdoor pool and a fitness center. This hotel also features complimentary wireless Internet access, concierge services, and babysitting/childcare (surcharge). Featured amenities include express check-in, complimentary newspapers in the lobby, and dry cleaning/laundry services. Planning an event in Lesquin? This hotel has 6243 square feet (580 square meters) of space consisting of conference space and meeting rooms. A roundtrip airport shuttle is complimentary during limited hours. Make yourself at home in one of the 90 air-conditioned rooms featuring minibars and flat-screen televisions. Complimentary wireless Internet access keeps you connected, and satellite programming is available for your entertainment. Private bathrooms with bathtubs or showers feature complimentary toiletries and hair dryers. Conveniences include phones, as well as desks and complimentary newspapers.