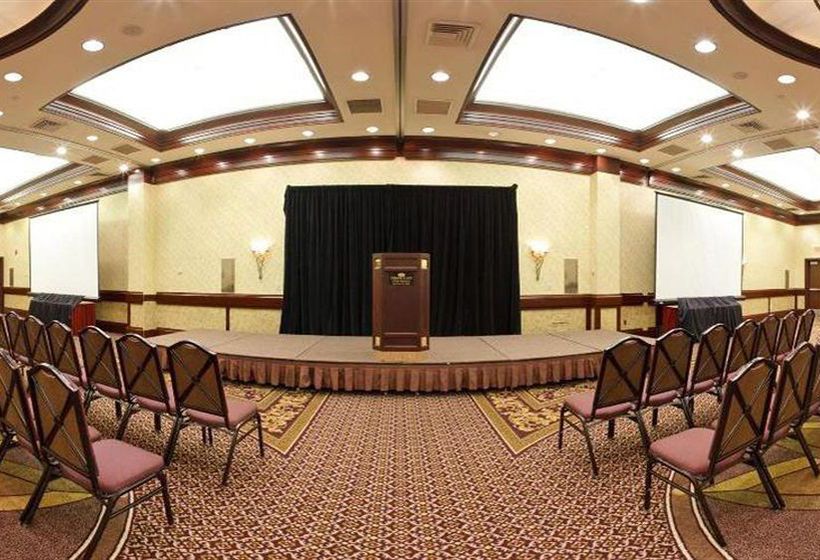 When you stay at Crowne Plaza Providence-Warwick Airport in Warwick, you'll be near the airport and convenient to Ocean State Theatre and Gorton Pond. This family-friendly hotel is within close proximity of Warwick Mall and Warwick City Hall. Don’t miss out on recreational opportunities including an indoor pool and a fitness center. This hotel also features complimentary wireless Internet access, concierge services, and gift shops/newsstands. Guests can catch a ride on the complimentary shuttle, which operates within 5 mi. Featured amenities include complimentary high-speed (wired) Internet access, a 24-hour business center, and a computer station. Planning an event in Warwick? This hotel has 34000 square feet (3060 square meters) of space consisting of a conference center, conference space, and meeting rooms. A roundtrip airport shuttle is complimentary (available on request). Make yourself at home in one of the 266 air-conditioned guestrooms. Your room comes with a pillowtop bed. Complimentary wired and wireless Internet access keeps you connected, and cable programming provides entertainment. Private bathrooms with shower/tub combinations feature complimentary toiletries and hair dryers.