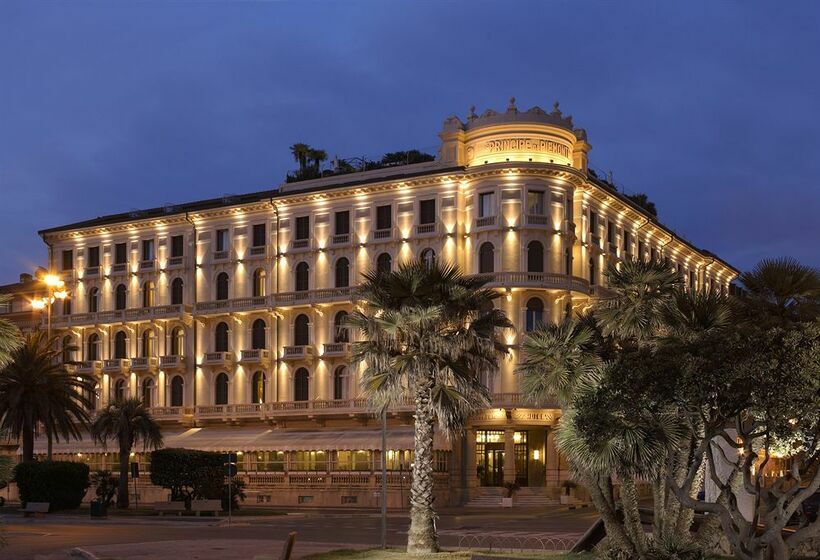 The Grand Hotel Principe di Piemonte, an historic and prestigious 5-star hotel on Viareggios seafront, is a member of the Small Luxury Hotels of the World and the Great Hotels of the World, two brands which count many of the worlds most prestigious hotels as their members. Built in the early 1920s the hotel underwent a two-year restoration which brought it back to its former splendour, opening again in 2004.
The 106 rooms, of which 87 are standard and 19 are suites, are on five floors, each one of which has a different style of decor. The rooms, which have views over the Apuan Alps and the Tyrrhenian Sea, are beautifully appointed and have broadband Internet, plasma satellite TVs, a choice of pillows and beautiful marble bathrooms with showers and/or bath tubs.
City tax per person per night and seasonal between 0.60 and 4EUR (check with booking: +34 932 959 908), to be paid directly at the hotel