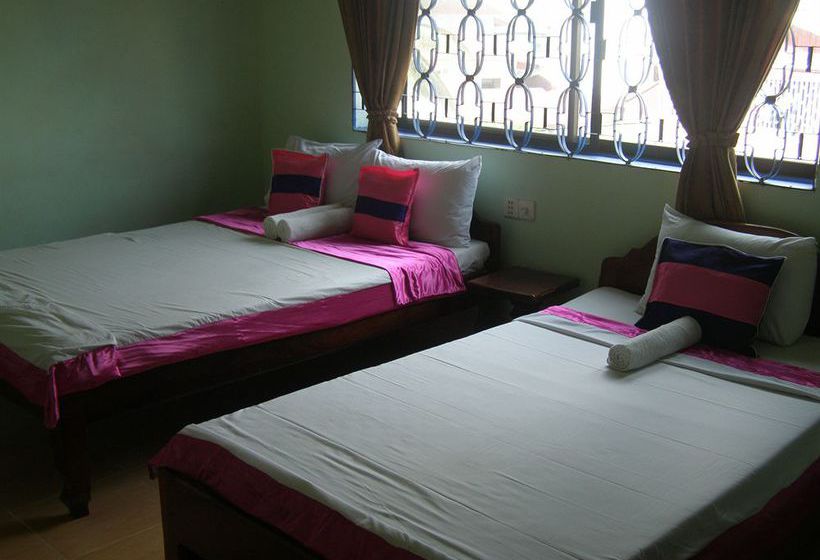 A stay at Bun Kao Guest House places you in the heart of Siem Reap, walking distance from Shrine to Preah Ang Check and Preah Ang Chom and Siem Reap Royal Residence. This guesthouse is within close proximity of Miniature Replicas of Angkor’s Temples and Royal Garden. Pamper yourself with onsite massages or make use of the other amenities, which include complimentary wireless Internet access and concierge services. Additional amenities include a television in the lobby and tour/ticket assistance. Featured amenities include a computer station, express check-in, and express check-out. A shuttle from the airport to the hotel is complimentary (available 24 hours). Make yourself at home in one of the 16 guestrooms. Complimentary wireless Internet access keeps you connected, and cable programming is available for your entertainment. Private bathrooms with showers feature slippers and hair dryers. Conveniences include desks and complimentary bottled water, and housekeeping is provided daily.