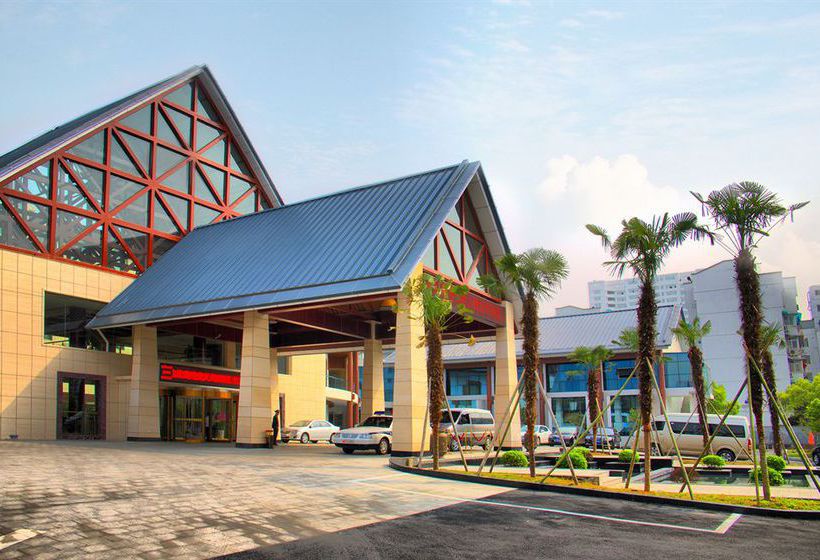 Located in Huangshan (Tunxi), Huangshan Shuguang Yunsong Hotel is convenient to Binjiang Huating and Xin'an Bridge. This hotel is within the vicinity of Daizhen Park and Huashan Mysterious Grottoes. Take in the views from a terrace and a garden and make use of amenities such as complimentary wireless Internet access. Additional amenities include concierge services, wedding services, and tour/ticket assistance. Featured amenities include complimentary high-speed (wired) Internet access, a business center, and complimentary newspapers in the lobby. Planning an event in Huangshan? This hotel has 915 square feet (85 square meters) of space consisting of a conference center, conference space, and meeting rooms. Free valet parking is available onsite. Make yourself at home in one of the 110 air-conditioned rooms featuring refrigerators and minibars. Computers, complimentary high-speed (wired) Internet access, and satellite programming provide entertainment. Bathrooms have hair dryers and slippers. Conveniences include phones, as well as safes and desks.