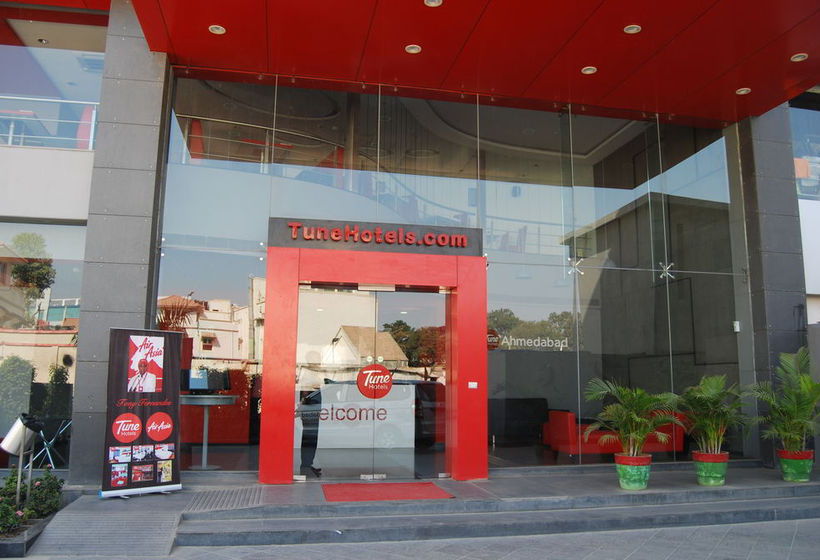 When you stay at Tune Hotels Ahmedabad in Ahmedabad, you'll be close to Gandhi Ashram. This hotel is within the vicinity of Hathi Singh Temple and Adalaj Vav. Take in the views from a garden and make use of amenities such as complimentary wireless Internet access and concierge services. Additional features include tour/ticket assistance and barbecue grills. Featured amenities include complimentary high-speed (wired) Internet access, a business center, and complimentary newspapers in the lobby. Event facilities at this hotel consist of meeting rooms and a meeting room. A roundtrip airport shuttle is complimentary (available on request). Make yourself at home in one of the 100 air-conditioned rooms featuring flat-screen televisions. Complimentary wired and wireless Internet access keeps you connected, and cable programming provides entertainment. Private bathrooms with showers feature complimentary toiletries and hair dryers. Conveniences include safes and desks, and housekeeping is provided daily.