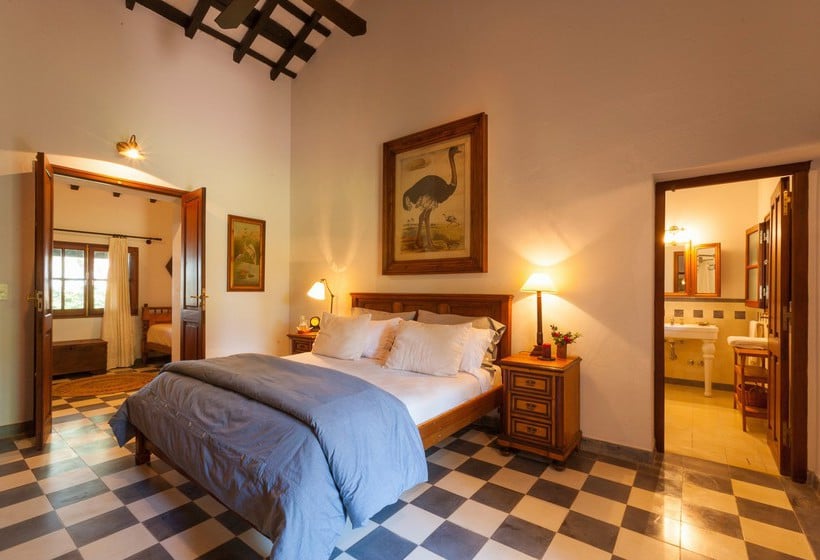 Rincón del Socorro is a private reserve, owned by CLT, located within the Iberá Nature Reserve. CLT has reached an agreement with the governments of Corrientes and Argentina to donate Rincón del Socorro along with the rest of its properties to create the future Iberá National Park. In total there are 150,000 hectares that will be attached to the existing Iberá Reserve.

The house was part of a 19th century cattle ranch which covered a large part of the territory between the city of Mercedes and Colonia Carlos Pellegrini. This lands had been devastated by the livestock activities, the hunting of the indigenous species and the deforestation that took place since the arrival of the European settlers; however, what once was cattle farm is today a natural reserve, having repurposed the buildings to become a travel lodge, all the while keeping its original style. Rincón del Socorro becames a high-class place where it’s a luxury to have the possibility of being there, surrounded by natural wildlife that leisurely wanders around the park, and having the chance to explore an area that guarantees breath-taking sightings.

The stay takes place between outings to the fields that can be on foot, horse, bicycle, vehicle or boat; all different but complimentary ways of experiencing the magnificent sightseeing and learning more about the local fauna. On foot, one will have the ability of concentrating in looking for tracks and learning more about the diverse species, it is a good way to detect the presence of recently reintroduced animals. Alternatively, in outings on horse one will have a different point of view that will allow for an enjoyment of the landscape heightened by the contact with the animal, which will easily sort through streams and pastures, and will also favour the sighting of deer, among other creatures. The boat will in turn allow the visitor to get close to the alligators, pampas deer and hundreds of birds without scaring them; and the nocturnal vehicle safaris will make possible magnificent encounters with a very active wildlife that takes advantage of the cool nights in order to go hunting.

Rincón del Socorro sets itself as an excellent location for bird watching, where the visitor has the possibility of observing native species like the yellow cardinal (Gubernatrix cristata), the strange-tailed tyrant (Alectrurus risora), and the crowned eagle (Harpia harpyja), among others. In total, the complete list of birds in the region reaches 350 species.