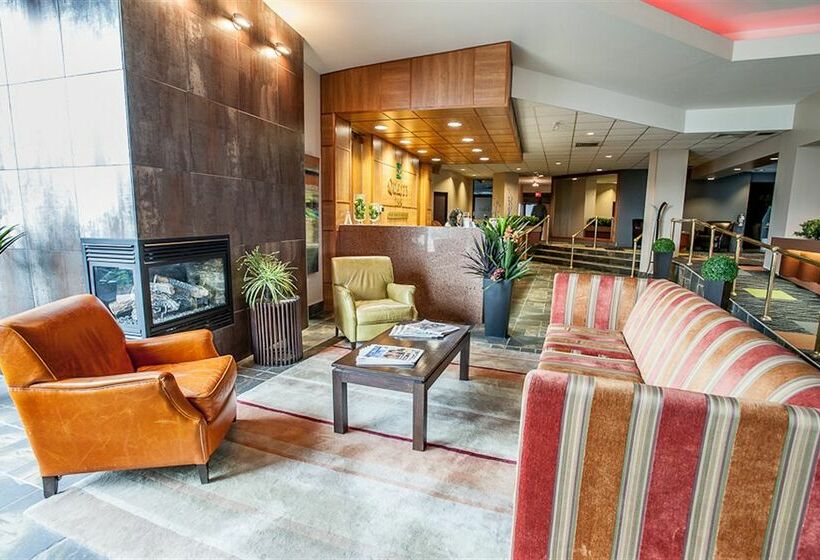 In the heart of Rouyn-Noranda, Quality Inn is close to Mouska Park and Iamgold Arena. This hotel is within close proximity of Le Petit Theatre and Club de Golf Municipal Dallaire. Enjoy recreation amenities such as a fitness center or take in the view from a terrace. Featured amenities include a 24-hour business center, a computer station, and complimentary newspapers in the lobby. Event facilities at this hotel consist of a conference center and meeting rooms. Free self parking is available onsite. Make yourself at home in one of the 76 guestrooms featuring refrigerators and plasma televisions. Wired and wireless Internet access is complimentary, while iPod docking stations and cable programming provide entertainment. Private bathrooms with shower/tub combinations feature deep soaking bathtubs and complimentary toiletries. Conveniences include desks and complimentary newspapers, as well as phones with free local calls.